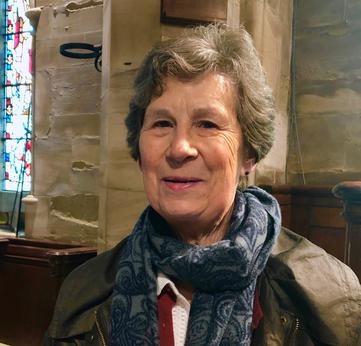 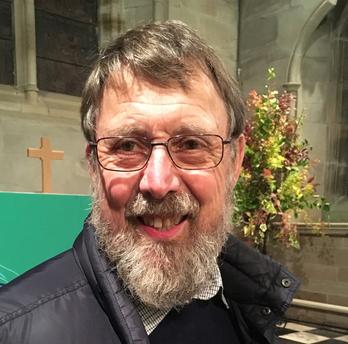 ​​As a new Church Warden it has been suggested that people might be interested in my background and career. So here goes.

I was born in London, brought up, educated and married Lesley in Kent. We moved to Leamington Spa in 1970 when my employment, as a Farm Management Adviser, was transferred to Warwick. Initially we lived in Lillington, almost opposite the church of St Mary Magdalene which we used to attend. My career changed direction in the early 1970s when my employer became involved in agricultural development projects, in what was then known as the third world. I was rather bored at the time and thought I would give work overseas a chance. It also paid rather better than working in the UK. Our first experience of living overseas was in Tanzania. This was followed by spells living in Northern Malaysia, Egypt, Thailand and Brunei, where our daughter was born. By then we had four children. In 1976 we moved to a larger house in central Leamington and started our association with St Paul’s Leicester Street.

With secondary education becoming important for the two older children we stopped living overseas in 1983 and I became involved in short-term assignments. In 1986 I started to work as a freelance agricultural economist for the international development agencies, especially the International Fund for Agricultural Development, a UN specialised agency with its HQ in Rome. Lesley, handled all my administration. I was involved in the design and supervision of rural development projects covering agriculture, other small rural enterprises and associated infrastructure e.g. rural roads, and schools. The downside of this was that I was away from home for up to three months at time, but did spend a lot of time in Rome. With the advent of the internet the spells away from home became shorter. I was extremely lucky with my career having visited over 40 countries and worked in countries as diverse as North Korea, Mongolia and Bhutan and made numerous visits to Cambodia, Laos and the Philippines. I worked with many diverse and interesting people, visited amazing places and made some good friends.  Hopefully, we had a positive long-term impact on the lives of the people living in the poor and remote rural areas where we worked. Boredom was never a problem!

In 2011, we decided to leave St Paul’s and some of Lesley’s friends suggested we try St James. Well the welcome was amazing, so we stayed. The place, informality and friendliness provide the perfect combination for worship.

I have two sporting interests, cricket and cycling. I was a cricketer and I am still a cyclist, riding with a group from Coventry on Tuesdays. I am also a collector of cricket books and prints, and a founder member of the Cricket Memorabilia Society - I am involved in organising their memorabilia auctions 3-4 times a year.

I retired at the end of 2014 when I realised that I had graduated 50 years previously and that seemed a good time to stop work. By then, and by chance, we had moved to Old Milverton – we could not find a smaller house with a larger garden close to the centre of Leamington, our original plan. As a keen gardener I wanted a garden project for my retirement. We now have eight grandchildren ranging in age from 19 down to two months who also keep us occupied from time to time.

I was inveigled into joining the PCC in 2014 and one thing led to another!