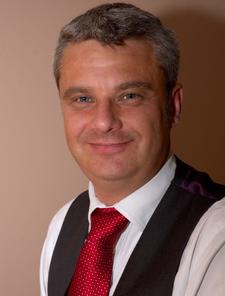 John learned to play the organ from the age of 7 when he used to stand and watch the organist at his parish church in Cawthorne. He was reluctantly volunteered to play by his wife when they first started attending St James in 1998 but has enjoyed playing once a month ever since, and fills in from time to time when needed. He doesn't think he is good enough to play at weddings but happily plays for the children's nativity at Christmas.

A life-long Methodist attending Dale Street Leamington, Joan started to learn the organ at Lillington St Mary Magdalene while in the sixth form at Leamington College for Girls. When the old church at Dale Street closed in 1971 to be replaced by the new building, she became the organist and choirmaster – a post she held until 1984.  Since then Joan has been ‘peripatetic’, playing at a number of churches in the area.  Her first service at St James was in June 1986; she now plays at Old Milverton when there is a fifth Sunday in the month and from time to time, on other occasions.​

Church organists are highly sought after and we are currently looking for someone who would volunteer to play one Sunday a month (or more). You would be very welcome!

Our current church organists keep the congregation in fine fettle for our range of gentle hymns every Sunday, and traditional sung verses during our Matins worship on the 2nd Sunday of each month.