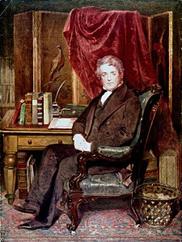 George was an English political scientist and philosopher, as well as a writer and journalist. A strong proponent of Anglo-American co-operation, he worked for many years as a professor at Cornell University and other universities and colleges in the United States and Canada. 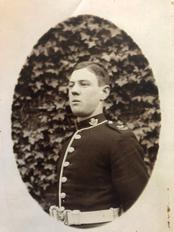 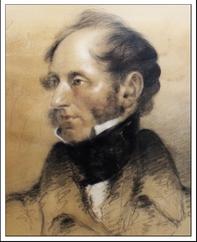 A chance encounter in the churchyard led to an interesting discussion about the grave of George Nelson and his wife Sarah. He was born in 1800 and studied Chemistry. He moved to Leamington Priors with his cousin, Thomas Bellamy Dale, and set up a chemist shop, Nelson and White, at 3 Union Parade, and Nelson and Herring at 33 Bath Street. George took out his first patent for the manufacture of gelatine, making it odourless and colourless by using buffalo hide instead of calfs feet and bones. They also needed lots of lime and a plentiful supply of water. They moved to a factory in 5 acres at Emscote Mill and the gelatine would be poured into slabs to set that were nearly a mile long. George moved into The Lawns and built houses for his employees around Charles Street and Wharf street that still remain. He also built the Nelson Club in Charles Street, Warwick.

Dr Jephson worked at 11 Union Parade as partner to the town's first resident surgeon, Mr Charles Chambers. He married his wife, Eliza, at All Saints church. He established himself as a national figure, treating military, naval and governing classes. He built a 21 room house, in 3 acres of garden, called Beech Lawn where the fire station now stands on Wawick Street. He was a philanthropist, who used his skills and fees earned on a Sunday to distribute amounts the poor of the town. He made donations towards a number of schemes to improve the town's facilities. He championed the curative properties of the spa waters and reputedly treated Princess Victoria, Florence Nightingale, John Ruskin and George the VI.Jephson Gardens are named after him and there is a temple in the grounds dedicated to him. Dr Jephson sadly went blind aged 50, and retired.

Vera was an English Voluntary Aid Detachment (VAD) nurse, writer, feminist, and pacifist. Her best-selling 1933 memoir Testament of Youth recounted her experiences during the First World War and the beginning of her journey towards pacifism. Her other works have featured on BBC2 and BBC radio 4. Her former homes are marked with blue plaques and she has a promenade named after her in Hamburg.

During the spring through to the autumn, a marvellous team of mowers and strimmers meet regularly to make the churchyard looking fabulous.​

Two or three times a year we also hold churchyard clearing days to keep the churchyard looking tip-top. These are always enjoyable days where we can chat with friends, enjoy the fresh air, get a little exercise and stand back and enjoy our achievement at the end of the day. Coffee and cake are provided.

​We are always looking for more help so if you feel you are able to support please contact the church wardens.

Churchyard clearing mornings. We start around 9.30am and work until lunchtime. Tea and biscuits provided!

​In 1902 he had joined the 3rd Battalion of the Northumberland Fusiliers, remaining with it until 1910 when he retired with the rank of Lieutenant. He was appointed a Justice of the Peace for the County of Warwick in 1906 and a County Councillor in 1913, and served on the Standing Joint Committee, the Prison Visiting Committee and the Hospitals Committee for the County. At the outbreak of war, he enlisted and obtained a commission in the Royal Navy Reserve. He was employed on Patrol Duty on HMY Catania and in January 1915, was transferred to H.M.S. Queen Mary. After a bout of illness when he was hospitalised, and then on sick leave, he rejoined the ship and was killed within days at the Battle of Jutland on 31 May 1916. His body was recovered and he was buried, on the following day, with full naval honours by the Norwegian authorities. He was a very popular and highly respected man. A young brother officer who was saved and became a prisoner-of-war in Germany, told that Sub Lieutenant Percy whilst they were in the water together, had offered him his life-saving waistcoat which he refused to take.

It is believed John enlisted in Coventry in 1915. The battalion saw action during the Somme Offensive in the Battle of Delville and the Battle of Ancre. The battalion advanced on Redan Ridge, forcing their way through partially uncut wire but were forced to retreat. John was buried nearby where he fell at the Redan Ridge Cemetery. He was awarded the Victory and British War Medal.